It’ll Never Happen to My Child 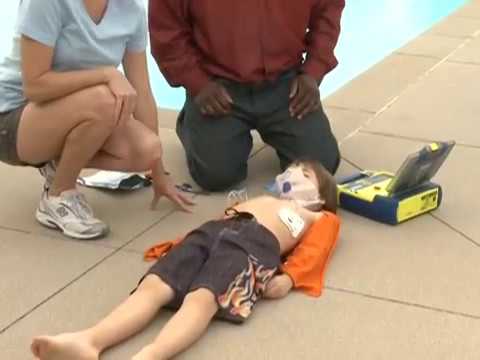 I’ve been around sports my whole life, either playing, umpiring or watching my kids and I’ve never seen firsthand the need to use an AED (Automated external defibrillator) device.  I only know one person prior to this past week, that had a need in my 44 years, so needless to say, it’s not something that is top of mind because I’ve not seen the need personally.  However, not seeing something doesn’t mean it isn’t out there.  In the United States, a heart attack occurs every 40 seconds and last year there were nearly 800,000 heart attacks.

Recently, a young lady in Floyds Knobs, IN, was playing in a basketball game when she became unconscious.  After being tended to by nurses and firemen who happened to be in the stands, the request for an AED was fulfilled and used on the young lady quickly.  Had the AED not been available, the help of the first responders may not have been enough to save her life.  Thankfully, the school had one available and it performed remarkably.

I realize this story is not unique.  Thankfully we hear of athletes as well as non-athletes, being saved by the use of an AED often and that’s a great thing.  What is unique is that my daughter has played basketball with this young lady for several years and it hits close to home.  I’m certain her parents didn’t think when they went to the gym that day, they would be leaving in an ambulance, having almost lost someone more precious than anything in the world.  Upon learning about this incident, my mind went directly to the training delivered by the local little league every spring, in which a nurse would come and talk to us coaches about how to use an AED.  I’ll admit, the first year, I paid attention pretty well, but in the second, third and so on, I might not have been as attentive as I should have been.  I thought, “I’ve seen it before, I know what to do.”  But as I learn more about the incident recently, I wonder how I would have reacted if I’d been in the stands.  Would I have been able to assess the situation correctly?  Would I have been able to find the AED and if so, would I know how to put it on the child and turn it on?  I like to think I would have been Johnny on the spot, however, in those scenarios a lot is happening and only the man upstairs knows that answer.  I share my thoughts only to implore all parents to get trained on how to use an AED and if you’ve seen the presentation before, I urge you to pay even more attention the second, third and fourth time.  Being able to save someone’s life by using the tools available to us is part of our civic responsibility and should not be taken lightly.

The five major symptoms of a heart attack are:

If your child plays in any type of sports league, be an advocate to have at least one AED at the complex and be adamant on training the coaches, parents, and anyone that wants to come learn how to use them.  If your school or workplace doesn’t have one, champion a cause to make its presence a reality.  Yes, they may go unused for a while OR they might be used on the first day, you just don’t know.

Click here for local news coverage of the incident