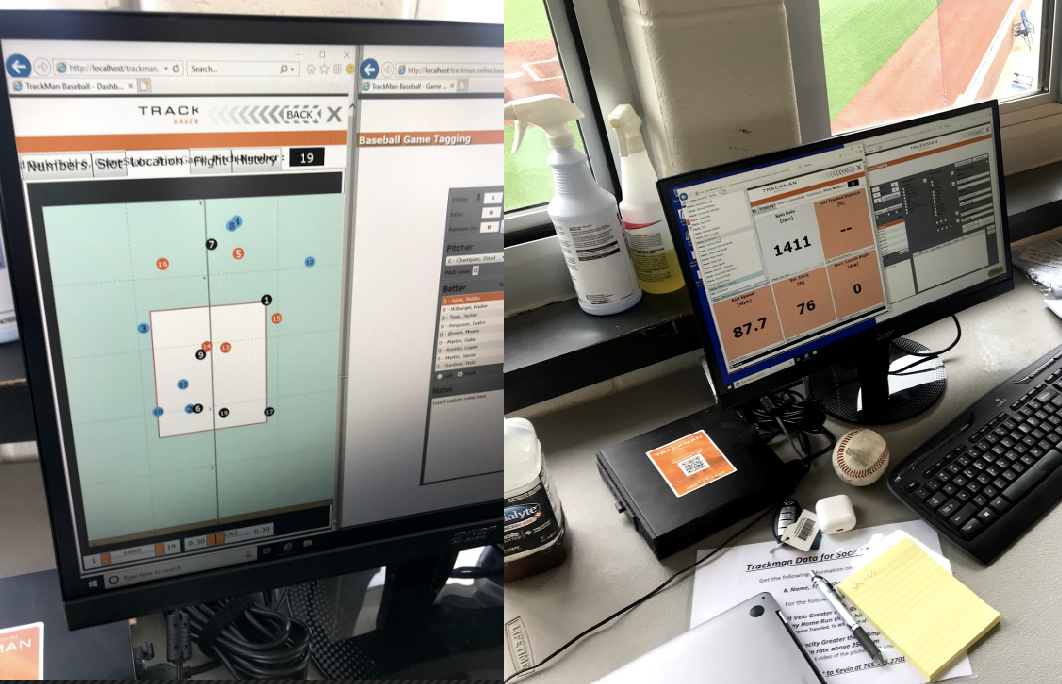 With the recent initiative taking place in the Atlantic League, leveraging the Trackman system to call balls & strikes, one can’t help but think if this is a possibility at all levels of baseball & softball, youth, high school, college and pro. During a recent trip to Grand Park at Westfield, near Indianapolis, IN, I discovered that Bullpen Tournaments had invested in multiple Trackman systems and upon asking to see it in action, I was thoroughly impressed at its capabilities. Being able to see velocity, spin rate, launch angle and distance is obviously helpful and valuable to the scouts seeking the next phenom, however, equally impressive was the capability to see if a pitch was a ball or strike.

Being a former Professional and NCAA umpire, I feel a machine cannot replace all the attributes of a human being behind the plate.

However, as demonstrated in the Atlantic League, using an application like Trackman to assist in calling balls & strikes is feasible. Although I disagree vehemently with the decision to use such a tool, I applaud the effort to try out new technologies in a controlled environment to gain feedback for future possibilities. Feedback has definitely been given, both good and bad as was seen this week with the first ejection blamed on Trackman. High Point Rockers’ Pitching Coach Frank Viola disagreed with the calls being made and as a result, he was ejected in the first inning. (click here for the video).

At the end of the day, I believe we’ll continue to see the growth of balls & strikes called electronically. I do not believe we’ll see Trackman at the MLB/MiLB level any time soon. This is for a couple of reasons, the biggest of course, in my opinion, there are so many things happening on every pitch and those umpires are good to begin with, adding Trackman would only create confusion. Also, both the player’s & umpire’s unions would have to approve such a tool and I would think neither group would approve, at least in its current form. Dusty Dellinger, Executive Director of Minor League Umpires, stated, “Our goal is to align with MLB and provide our umpires with the best tools available to be the best umpire possible.” Although MiLB ballparks have Trackman, the umpires don’t have access to it, even for evaluation purposes. With such a powerful tool, if umpires in the minor leagues were to leverage the Trackman data to work on their craft, as they do at Bullpen Tournaments, only good things could result. Maybe access to the data will be provided in the future, however, for now, the data is locked up. Where I think we’ll see more use of this application is in the independent leagues as well as youth travel leagues and possibly NCAA Baseball & Softball. After speaking with Blake Hibler from Bullpen Tournaments, leveraging Trackman to assist umpires during games in the Travel Ball circuit could be used to address concerns outside of getting the play right. The Trackman system is a significant investment and the tournament providers who bring in top talent are expected to provide the best options possible for memorable playing experience. IF youth games were to have a system similar to what is in place for the Atlantic League, I believe you would see fewer arguments between parents and coaches over what a pitch is and isn’t called. Imagine if the recent incident in Denver where a brawl broke out in a 7-year-old game with a 13-year-old umpire had a system in place to assist, would it have prevented such an incident? Another consequence of leveraging an automated ball/strike calling system is financial. Hypothetically, if you spent $100 for 2 two umpires and you had an ability to reduce that number to one umpire, the umpire budget could be cut in half. As I mentioned earlier, there are a lot of things happening at the plate besides if a pitch is a ball or strike, however, with the umpire shortage epidemic we’re facing today, maybe this is an opportunity to address the shortage issue.

One thing is certain, technology will evolve. AI & Machine Learning will become more accepted. Whether or not robot umpires will be implemented is yet to be determined, however, the coming years will be interesting to see how these electronic strike zones play out.