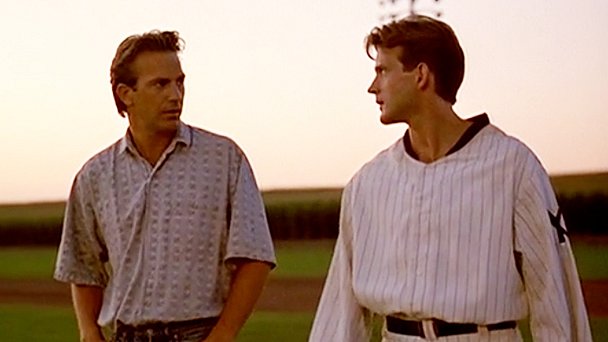 Having a catch with your son or daughter is one of the more rewarding things in life as a parent.  I think back to the scene from Field of Dreams and the genuine feeling one has when you catch a baseball thrown by a parent or a child.  The ball represents so many things that you want to cling to with all your heart because the fear that these days won’t last forever is real and each pitch is one pitch closer to your last.

This blog was inspired after having the pleasure of listening to Bryan Eisenberg, best selling author, marketer and social media strategist. via a recent Baseball Drive Podcast.  His discussion inspired me to reach out directly and I was fortunate to have a 20 minute phone conversation reviewing the podcast along with discussing other items we had in common, i.e. kids that play travel ball.  One of the items we discussed on our call was when should a youth athlete take i t upon themselves to start practicing on their own, without having a parent, teammate or coach alongside?  Is there a right age?  Bryan shared an interesting story with me regarding Chicago Cubs third baseman Kris Bryant.  Kris was one of those kids who everyone knew at a young age was destined to be in the big leagues.  As Kris got older, he continued to want to play catch and workout with his dad, all the way up until he was driving.  Now, I’m certain he still enjoys playing catch with his dad, Mike,  and always will, however, does there come a point and time where youth athletes need to cut the cord and begin working on their own to improve their skills?   Are they not pushing themselves as hard as they need to be capture the competitive edge?  I remember a story when I was younger about Don Mattingly having a batting cage in his garage in Evansville, IN, and Don swinging a lead pipe with a weight on it daily to increase his swing speed and forearm strength.  I love hearing that story as I can imagine how much Don learned about himself and his swing through self analysis.  I do admit, I’m one of the dads who sometimes wishes my kids would take it upon themselves to practice their sports on their own, like Donnie ballgame, however, part of me dreads the day when I’ll no longer be needed and/or replaced with their peers and coaches.

The point I’d like to get across is every kid is different.  Different work ethics, different motivation, different goals.  Each kid has their own way of being their best self.  Some kids may not elect to set the bar as high as others and that’s ok.  Those that put forth the effort, should get the rewards, but as a parent, let’s be diligent in helping them enjoy their particular sport and have fun while they improve their skills.  So, when your son or daughter ask you to go play catch or shoot some baskets.  Do it with a smile on your face knowing that moment won’t last forever and catch each thrown ball as if it’s a thank you note for being there.