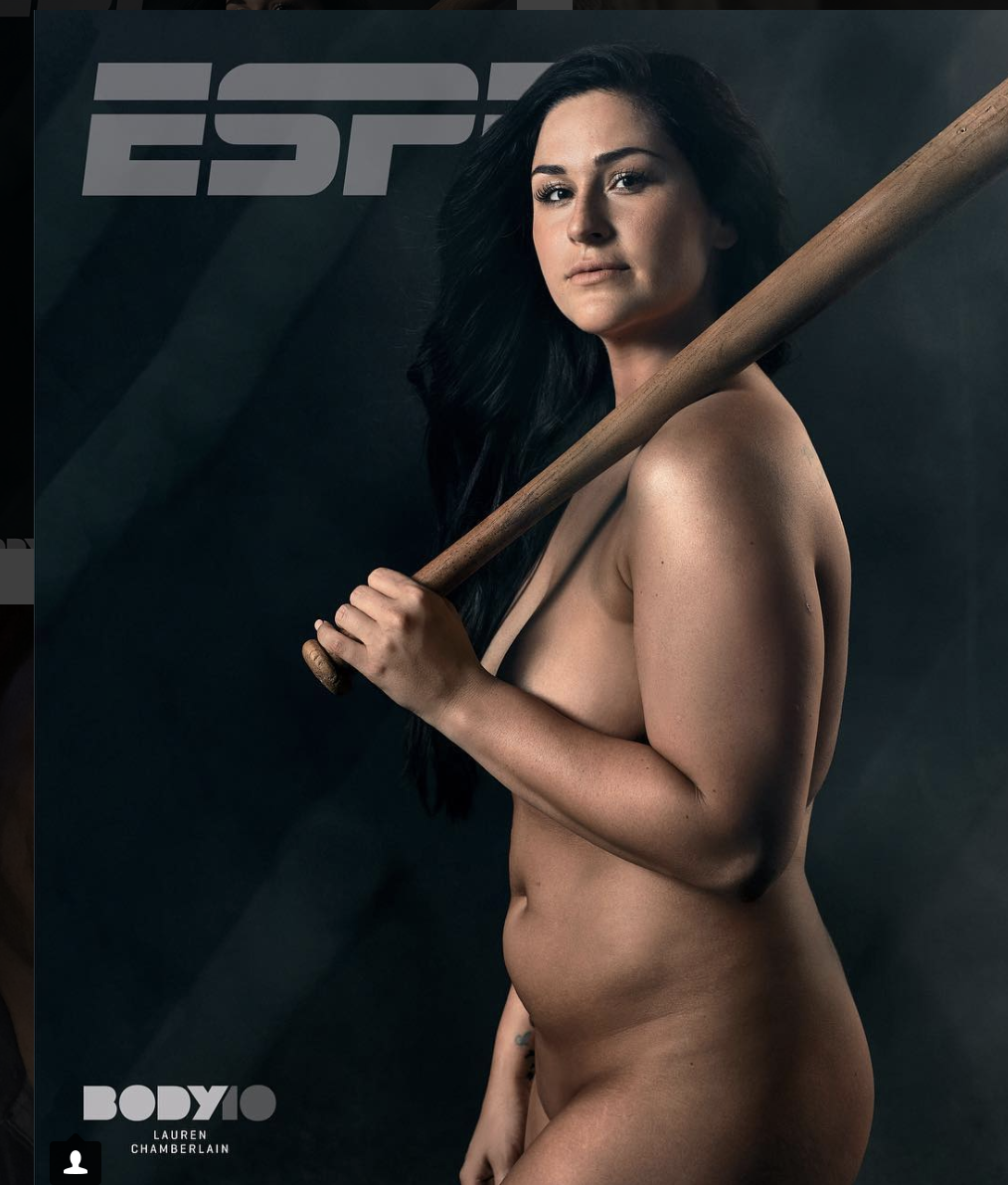 Does capturing a female athlete naked make her more or less beautiful?  Let me back up a moment and explain from where this thought is coming.  A couple years ago, I had the pleasure of meeting and interviewing the former All American and all-time NCAA Homerun leader, Lauren Chamberlain while she was running a clinic in Louisville, KY.  She had recently been drafted #1 by the USSSA Pride of the National Pro Fastpitch league and was bouncing around the country helping young softball players in her offseason.   My daughter, a softball player as well, was one of many young ladies who benefited from being around Lauren for a few hours and receiving instruction on her swing as well as her mind.  I was extremely impressed by Lauren’s dedication of not only teaching the physical game but also the mental game.  From that day on, I became a fan of the All American from Oklahoma University.

After meeting Lauren, I began following her career via social media in which she does a fantastic job sharing her life with her fans.   She’s been extremely successful on the field as well as off, gaining sponsors like Rawlings & Blast.  The excitement around women’s pro softball is growing thanks to women like Lauren and the other players in the league.

I’ve listened, read and tried to understand why she was compelled to do a nude photo shoot.   At the end of the day, I concluded she’s a brave & courageous lady who is comfortable in her skin who wants to help other young ladies who might not be as confident about their appearance.  She wants them to know they are beautiful regardless of their shape or size.

Being in the national spotlight, Lauren has been exposed to people who may or may not share her opinions.  It’s part of being a celebrity.  This is one of those times.  Having met Lauren in person, she is a beautiful woman.  I don’t say that in a sexist manner, but in a manner that appreciates beauty, both internal and external.  I personally feel that if she had taken pictures with her clothes on, she would have been seen just as beautiful.  My approval or disapproval means nothing to Lauren in the big picture, however, as the father of a young softball player who also follows Lauren on Instagram, I find it difficult to have a conversation with an 11-year-old to help her understand why one of the people she looks up to is showing her body for all to see.  I totally understand wanting to show other young ladies they should be proud of their body, however, is celebrating her physique in its natural state the best way to accomplish this task?  I believe there are other ways to send this message, but kudos to Lauren for having the courage to put it out there and facilitate conversations that might be difficult to have, however, sometimes forcing ourselves to be out of our comfort zone results in positive results, both on and off the field.