The Bar Has Risen 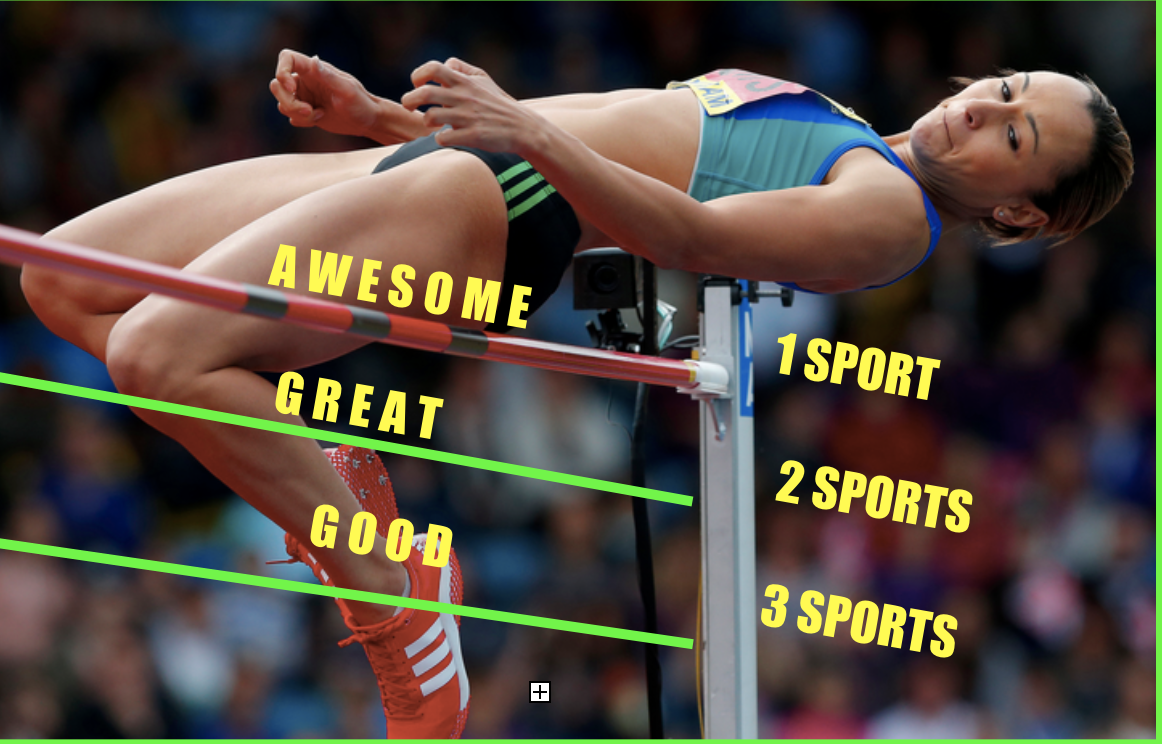 In the past, youth athletes have been able to differentiate themselves by taking lessons outside of team practices/games.  The extra work helped to set apart a few from the pack.  But what happens when everyone on the team is taking lessons and working out beyond what’s organized by their respective team?  When the bar continues to rise, what can youth athletes do to separate themselves?

This blog is inspired by a

conversation I had recently with Jay Sorg, former Pro & D1 Coach & Player and current hitting instructor/owner of Sorg Baseball Academy.  I’ve recently been struggling with keeping my sanity while having to constantly figure out how my wife and I are going to coordinate making multiple practices for multiple sports with multiple kids.  I’m a proponent of kids playing multiple sports and most of the coaches I speak with are in the same boat, however, the logistics and financial aspects of making that happen become extremely difficult as kids get older and expectations increase.  When there are only so many hours in a day and days in a week, with most sports becoming year round, is there a set limit the bar can be raised to based on the number of sports a youth athlete plays?  I”m unsure as to the answer to that question, but from a quantitative approach, if an athlete trains more in a certain sport, logic would tend to side with a higher level of play vs a player who trained fewer hours.  Of course, there will be those who have natural God given ability, but for the majority of youth athletes, it is pertinent they practice to improve their skills.  That being said, maybe focusing on one sport has its advantages.  Although, this doesn’t take into consideration the mental aspect and value of unplugging as well as the value of allowing muscles to rest.

In this era we live in, I know for sure, the majority of youth athletes today are much better than their parents at this age and I believe it’s in part due to an increased knowledge of mechanics around their particular sport as well as more training time and access to indoor facilities.  I do wonder how good the next generation can be given there is only so much time in a day, week, month.  I believe the one sport athlete will become more common purely from a time aspect.  If you want your kid to be the best and everyone else is training outside of normal practice times, they’ll have to do a little bit more to differentiate themselves.  Is it good or bad?  I don’t know, but I’m saddened the multi-sport athlete will most likely be a collector’s item in the foreseeable future.