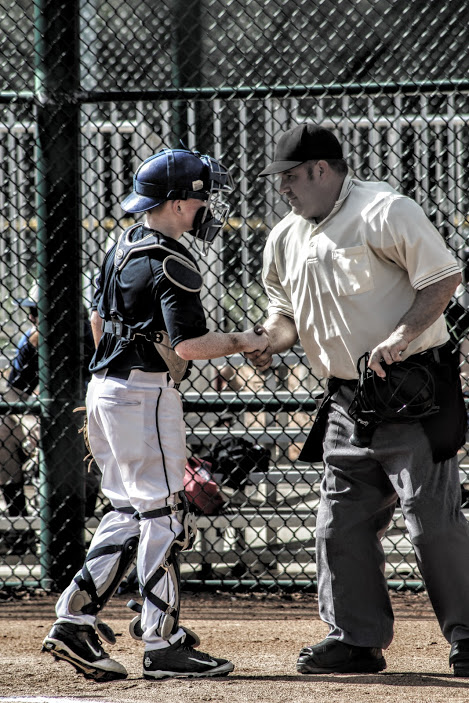 “Hi, my name is Jake, what’s yours?” said the catcher to the umpire.  “I’m John,” replied the ump.  “Nice to meet you, I’m going to keep everything off you today as best I can,” stated, Jake, confidently.

Having been on the umpire side for 26 years, I always appreciated the catchers that made an effort to develop a positive rapport prior to the start of a game.  There is a bond between catchers and umpires that can prove beneficial for both parties if handled appropriately.

Believe it or not, there are times when an umpire may miss a call, it’s human nature.  When those occurrences happen, there are two types of catchers.  Those that chose to let the entire ballpark and their coaches know he or she missed the call OR the ones that simply throw the ball back and when asked by the coach where that pitch was, “Off the plate coach!” is there answer. As an umpire, a pitch may be so close it could be called either way.  If a rapport is created positively, it stands to reason umpires might elect to reward such behavior.  This isn’t to say umpires make up calls, however, I am saying that you catch more flies with honey than vinegar.

I would encourage to teach your catchers at an early age to introduce themselves to the umpire and when talking to them, call them by name and do their best to confirm their calls as best they can when possible.