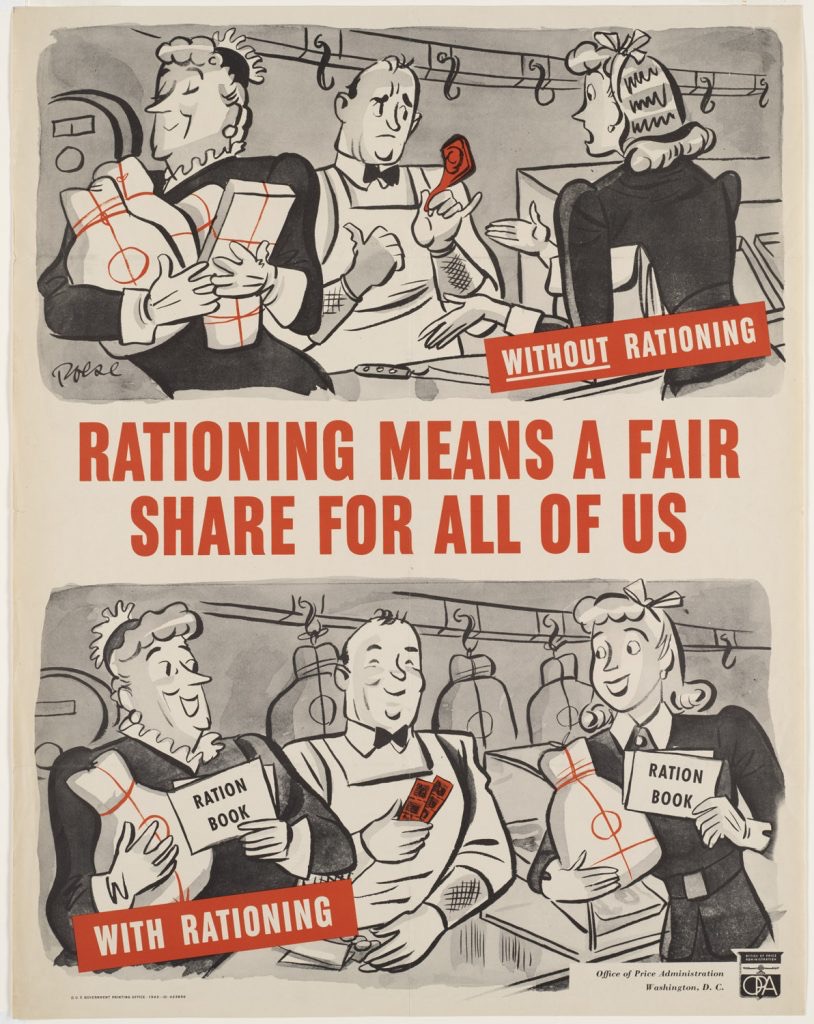 When I was a kid, I remember my grandma telling me about how during WWII, the country was put on rations which allowed them to purchase only limited quantities of particular groceries such as meat, wheat & sugar to name a few. This occurred not just in WWII, but in WWI as well. From 1918 to 1919, the U.S. was able to double the amount of food sent overseas while just reducing consumption in the states by 15%. Americans understood the importance of doing their part in an attempt to win the war which proved successful. It wasn’t just a decrease in particular foods that impacted America during the World Wars, items such as rubber, iron, & steel were also collected so we could manufacture necessary items for our men & women fighting abroad.

Fast forward to current day when the world is at war with a virus sweeping the globe and shutting down countries faster than your kid runs to the concession stand after a game. The Coronavirus/Covide-19 pandemic is something I hope and pray we never see again. While we know the havoc it can cause, the length of time it will distribute that havoc is yet to be determined. However, one thing is certain, if we as a country focus on social distancing, washing our hands, and doing what we’re told by the CDC & World Health Organization , we will be functioning sooner rather than later. IF we all do our part and do what we’re told, we will get back to work, kids will be back to school, sports seasons will continue and the ballparks, sports fields and courts will buzz with the energy of a squadron of P-42 Mustangs.

Over the last ten days, I find myself shocked at the social media posts by tournament directors attempting to coordinate tournaments, parents contemplating playing in tournaments, practising with their various teams or all together writing off what we’re being told by the WHO/CDC altogether and living their life as if nothing has changed. For those of you who fall into this category, I believe you are selfish, putting your wishes in front of the greater good of the country. What would have happened if our grandparents had this mentality during WWI, WWII? Would we be in a position today to have the privilege of watching our kids play the sports they love? It’s possible, however, by unifying, we helped to win two wars and put the United States in a position to be what we know today. Yes, this is a shitty situation, no doubt about it. But allowing your sons/daughter to continue practising when told not to and justifying it by saying, “He/She needs this for their mental health,” is completely irresponsible & selfish.

I’ve got a news flash for you, spending time with your family is a positive side effect that has the potential to create lasting memories your kids will tell their kids about. During our travel ball lives, when we are go, go, go, 24×7, use this as a time to reconnect with your spouse, sons, daughters, parents, grandparents, etc. Break out the cards, a board game, go for a walk, hit off a tee, play catch and on and on. Yes, this is not ideal, but the more of us that approach the coronavirus/covide-19 for the serious pandemic it is, we will be back to the places we love (ballparks, courts, fields) watching those we love doing what they love, sooner rather than later.