University of Louisville Head Coach Dan McDonnell Shares His Thoughts on Travel Ball, Advice to Parents, and Players & Coaches Who Impacted Him the Most 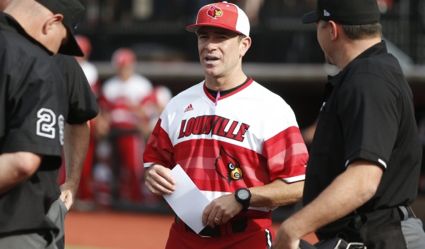 Thanks to University of Louisville Head Baseball Coach, Dan McDonnell, for taking the time to share his thoughts on travel ball, providing advice and insight on what he’s looking for in a player as well as several other topics beneficial to both players and parents.  Coach McDonnell’s success is a direct result of his passion for the game of which i’ve had the pleasure of seeing first hand since he arrived in Louisville many years ago.  It is this passion that helps his players play beyond their abilities which has resulted in several trips to Omaha, NE, and the NCAA College World Series along with recently helping his program achieve their first #1 ranking in several polls.  Thanks to Coach Mac and we wish him all the success in the world this year and beyond.

Players who had the biggest impact on Coach McDonnell

Who is the one guy Coach McDonnell would like to throw batting practice to?

Which coach had the biggest impact on Coach McDonnell?

Coach Mac provides insight on ways to be involved with College Baseball without a scholarship?